... you could download and play sixty second shooter Deluxe for Playstation Mobile!

Or, you know, you could do all of the above. Because sixty second shooter Deluxe can be enjoyed in bite-sized doses, just a minute or two at a time.

Bite-sized doses? I mixed my metaphors there. Anyhow.

Here, have a trailer!

I was not expecting that. Usually I just find permadeath really frustrating. "All that time and investment LOST!" I cheated at Uplink. I gave up on Spelunky after being told to bring a key from the mines all the way to the frost levels. I'm mostly really digging FTL but part of me doesn't want to even boot it up again.

But lately I've noticed a crop of games that have permadeath where it doesn't bug me. And there's something else about these games, too.

My average Canabalt run is under a minute. 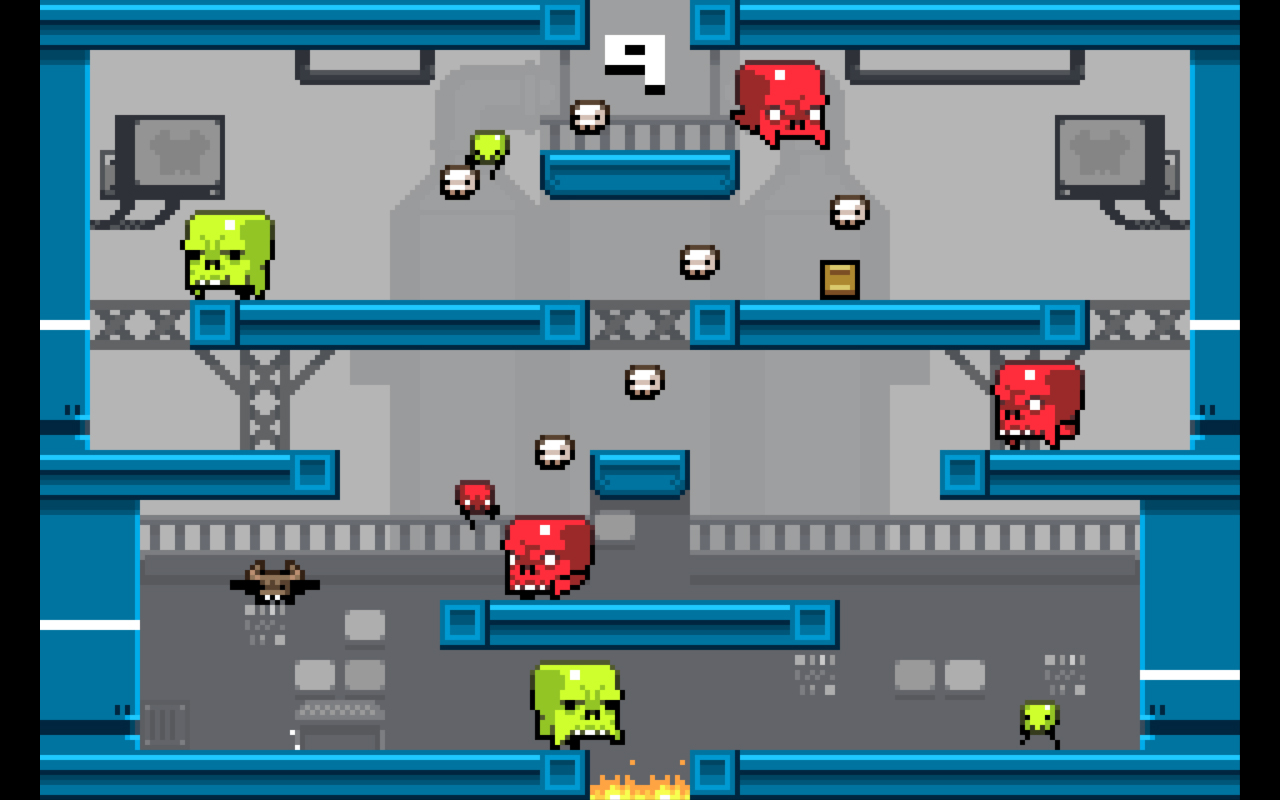 So, yeah. I keep coming back to "shorter sessions!" If sixty second shooter was fun when a session took one-two minutes, how fun is it now that the average session is half or a quarter of that? Oh, so fun.

There are a few other additional benefits to the Permadeath - it increases the variance still more, and I'm a big subscriber to Richard Garfield's general 'randomness is awesome' philosophy. Also, when playing sixty second shooter, if I died early on I'd restart the game anyway. This just makes it take fewer steps. Finally, it increases the suspense and terror as you get near the end of the sixty seconds. "Will I make it all the way?"

So, in general, when making design choices, this kind of shows you can just keep on pushing it. It's been almost a year since I shipped the first version of sixty second shooter, and back then I couldn't imagine that making the session even shorter would have made it better. But apparently I should have. So, something to remember. If you make some change to your game (or your game makes some change to the genre) that makes it more fun, Try Pushing It: find some other way to do even more of the same good stuff.

What do y'all think of this ad copy?

Here's what I've come up with for the description of sixty second shooter Deluxe for the Playstation Store:

You only have sixty seconds to destroy as many targets as possible in this new-and-improved version of sixty second shooter, the only dual-stick shooter you can play in the time it takes to microwave a frozen burrito.

At Happion Laboratories, our scientists have worked tirelessly to bring you a dual-stick shooter that will stimulate production of the highest possible levels of adrenaline and dopamine in your central nervous system - for maximum euphoria and excitement. Warning, side-effects may include: dry eyes, dry mouth, increased heart rate, increased perspiration, and twitchy fingers.

Will you press your luck and fly to the deep levels where the truly treacherous enemies await? Will you shoot your enemies on sight or wait until you've racked up a higher multiplier? Will you use your missiles to build a large chain bonus - or to secure an area - or to save yourself at the last second? Will you detonate the bombs immediately or lure your foes to them first? Will you unlock the death blossom? Although the game is very short, its strategies are very deep.

“This game is a hidden gem. It's worth getting into.”

- Tomo Moriwaki, producer of Medal of Honor and creative director of Spider-Man 2

Created by Jamie Fristrom, the game developer behind the critically acclaimed and award-winning games Spider-Man 2 and Schizoid.

My attitude approaching sixty second shooter was 180 degrees from my previous modes of operations in a lot of ways. I killed a lot of sacred cows.

One of the sacred cows? "I need a Real Artist(tm) to do the art." Dead.

So, yeah. I did and am still doing the art myself on sixty second shooter. And I'm a rank n00b when it comes to art.

When I was a lad, that's what my heroes, the Richard Garriots and Jordan Mechners, did  - they did their own art. I was always a little sad that I missed that window, that I couldn't make a game all by myself, because by the time I entered the industry you needed real artists on your game and I'm not that. But Chris Delay and Jesse Schell's students showed me it could still be done even in these days, so I decided to bite the bullet and try it.

Also, since I wanted to keep load times to a minimum, I thought it would be great to make all of the art procedural, rather than load meshes and textures over the web. So various 3d primitives - almost all extruded polygons and spirals - became the bulk of the enemies. It's almost all procedural art. (I cheated with Deluxe and made a white circle in photoshop for bullet glows, but other than that...)

The little bird-like things that come after you was actually a mistake - I was trying to make something else, but there was a bug in my code - but I thought they looked pretty cool and scary, so I kept them.

And I'm really proud of the smoke in the background - I could watch it all day. Hopefully some day I'll write an article about how I did it. (But I'd want to put a WebGL sample in the article showing the smoke, and that'll take time, etcetera.)

But along with the in-game art there's also the layout of front ends and fonts and other graphic designy stuff. And again, I'm a rank n00b there. A book that's really helped - and I think you'll see the difference if you go from sixty second shooter on Chrome to sixty second shooter Deluxe is The Non-Designer's Design Book by Robin Williams. (Not that Robin Williams.) I was leery of the book at first, because flipping through the pages I thought "This design doesn't look that great" - but mostly that's because the book is filled with what-not-to-do examples.

So something I've started doing lately is the pinterest thing. Designers often have what they call a 'swap file', which is a folder filled with examples and clippings of cool design they like. So I'm using pinterest for that. Check out It's Atomic and Programmer Art for some of my inspiration.

With both the in-game art and the design I get tons of feedback - which is often, "Could use an artist," and when I get that kind of advice I say, "Well, that's not going to happen. Can you try and break down exactly what it is about the art that makes you say that?" - and then I fix what I can. I'm getting there!

So, the art is simple, but there's a clarity that comes from the simplicity. And it means this game more so than any one I've done before is my vision: it has this consistency and a unique style - a style I don't know if there's a name for, it's not really 'retro' or 'vector' or tapping into any particular nostalgic look. I just like mathy shapes and bright colors and glowy stuff. Do you know a name for it? Maybe we should just call it the 'programmer art' look. :P

Would You Rather Have Leaderboards or Individual Statistics?

Because Playstation Network isn't available yet for Playstation Mobile, I'm not sure what I should do about leaderboards and statistics for sixty second shooter Deluxe in the meantime.

I can support the same leaderboards that sixty second shooter for Chrome uses: an advantage here is that PSM and Chrome players would be able to compete head-to-head. On the other hand, that would be weird, because they're really two different games at this point. And on the gripping hand, this doens't provide friends leaderboards. (I don't know about you, but I don't care how I do compared to the world champion, I just want to beat my friends.) 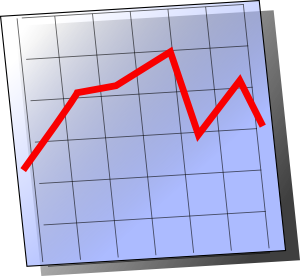 Or I can spend the time working on individual stats reporting: tracking your averages day-to-day and week-to-week and reporting on your progress. Because sixty second shooter is such a high variance game, this would be a useful tool to measure whether you're getting better - whether your practice is paying off. The problem here is you have no idea how you're doing in any semi-objective sense. I can imagine people saying, "Whoo! I got 25000 points! I've mastered this game! On to the next one!"

So I throw it to you - take the one-question survey:

Now that Gamescom has come and gone it can finally be announced: Happion Labs is one of the developers that Sony has signed to make a game for their new PlayStation Mobile service.

Which means we'll be able to play a new and improved version with more stuff and a macro game on the Vita and various compatible Android phones and tablets! It's up and running at a smooth framerate on the Vita already and it's a pleasure.

There'll be a 1940s themed 'vintage mode': in mostly black-and-white, with jazz music - giving new meaning to 'retro gaming'. But you'll also be able to play it with the original techno look and sound.

If you want to get the game as soon as it launches, get on the mailing list.

If you have any questions about the game or developing for PlayStation Mobile, fire away!

Although it's tempting to keep putting the sixty second shooter weekly leaderboard results here as a sort of continuous weekly prodding reminder to readers, "Hey, why don't you play some sixty second shooter?" I have to admit that most of the people who read the blog don't care. So I'll stop spamming y'all.

If you still want to keep seeing the weekly sixty second shooter results, like it on Facebook.

sixty second shooter is in #BecauseWeMay - you can buy $5 worth of Energy - the 'in-game' currency - for $2.

As long-running sixty second shooter champion Joseph7099 pointed out, energy really helps get you up on the leaderboards - and although you can earn hundreds of points of free energy each day or by playing, it adds up slowly. Right now, a mere $2 gets you 80,000 energy - enough to play hundreds of games with a full load out. Combine that with the free energy you earn and you might never need to buy energy again.

Me, I'm picking up some games I've been dragging my feet about, like Scoregasm and Jamestown.