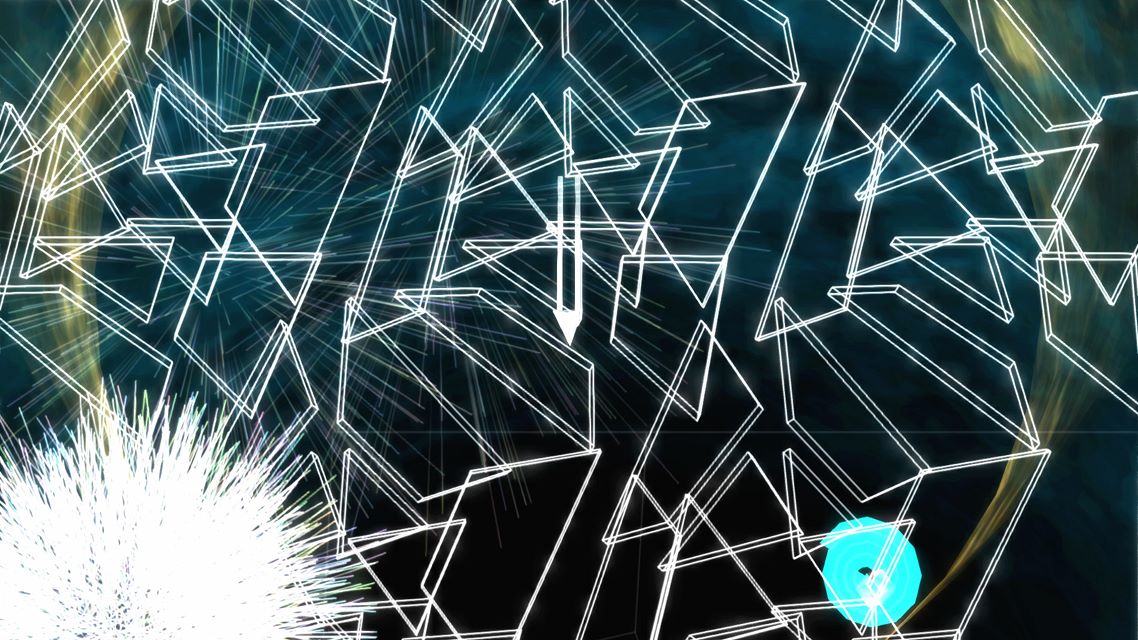 I've had a couple requests for this:

Wait For It - Get a chain reaction

Blink Of An Eye - Make a chain reaction last 5 seconds

Final Countdown - Make it to level 20

Sixty Second Shooter Prime lands on the Xbox One tomorrow

The game that I had to convince Sony and my Kickstarter backers to let me make (bless y'all) is arriving tomorrow, 6/19, at 9 AM UTC!

In the near future I'll put up some posts about what it was like to make a game for the Xbox One. Until then, see you on the leaderboards.

I'd already made sixty second shooter before I played Beat Hazard.

The shameful truth is that Beat Hazard really does everything I was trying to do with sixty second shooter and more.

First of all - session length. Because Beat Hazard lets you choose your own songs to play along with, you can pick two minute songs and have nice short games.

Also, a big part of sixty second shooter is pressing your luck - "How long can I go without shooting guys, earning multipliers, so I can cash in later for more points?" and "How difficult can I make this for myself and still win?" Beat Hazard does that with its Daredevil bonuses - the longer you go without shooting the more multipliers you get. Though it helps to unlock stuff.

I bring it up, because it's in the Humble Bundle right now. Normally $4.50 (and Super Hexagon is like $3) so even an above average Humble Bundle buy is awesome ATM. (If you have your music in the cloud you actually have to bite the bullet and install the good twin stick shooter songs onto your device. I recommend anything by Teo Acosta and Abducted by Sharks, who did the music for sixty second shooter.)

So, there I go, hawking a competitor's wares. Worst salesperson ever. But if you have a Vita, sixty second shooter Deluxe is still the twin-stick shooter to get. Gamers who know the difference between good shit and bad shit, this is the house they come to. Now, my shit, I'll take the Pepsi challenge with that Super Stardust shit, any day of the fuckin' week.

Nothing to write home about, but I am happy to see that the sales-for-Jan > sales-for-Dec/2 ... maybe it won't be asymptotic, which would have capped the lifetime sales at about $1600... but have a longish tail, and make a little more than that.

sixty second shooter Deluxe had a number of reviews in the low twenties at the end of November - so, looks like about 1 in 25 players gave it a review. If you assume the same ratio for other games, you can get an idea how other titles on the platform are doing.

It's about what I expected so far. At the moment I don't want to make another game for the platform, but maybe sssD will have a long tail, or maybe Sony will promote it some (in the North American PSM store, anyway, the same five titles have been in the top bar ever since it launched...what's up with that?), and maybe PSM will grow as it gets more adoption on Android.

Surprised that so many sold in Japan! It wasn't even localized into Japanese.

In other news, I'm hearing that sales in the Windows 8 store have been horrible. Worse than this. So it seems I backed the right horse. But it also makes it look like my whole "launch titles are awesome" theory is wrong: the Chrome store, PSM, and the Windows 8 store have all been disappointing. I'm really surprised by Windows 8 - if anybody had the muscle to make a store decent it was Microsoft, I figured. But I never intended my 'make launch titles' strategy to mean 'make one launch title and then give up' - I knew it was a numbers game, and you'd have to make a bunch and maybe one would hit big.

But the platforms on the near horizon don't seem like they're going to sell a lot of games. I love the idea of Ouya but even if they sell ten times as many units as they have during their Kickstarter it's still a fraction of what one of the Big Three consoles do. The GameStick and nVidia Shield, probably similar deals. Steambox will be huge, I bet, but launch titles will be competing with Steam's entire linux back catalog.

Hmm. If I had to bet on another platform that'll help some new titles go big, I'd bet on Apple TV...

How purple is your cow?

I read Seth Godin's Purple Cow last year and it was a revelation: it made me realize I had lost my way as a game maker and artist.

The main thrust of the book - in a sea of white cows, a purple cow will stand out. Don't try to be like everyone else, do something remarkable. Literally "remarkable" - as in, people will make remarks about it. News about your product will go at least a little bit viral.

When I read it, I had been making game-jam-sized games like We're No Angels and sixty second shooter, and wondering if there was anything I could do to make sixty second shooter more succesful, but I had to be honest with myself: sixty second shooter is fairly unremarkable. It's just a mash-up of a couple other genres with programmer art. Sure, there are a few remarks one could make about it:

Which is a big part of why I'm stepping up and making Energy Hook. It's the most remarkable project I can think of that we can do with almost no funding.

Also, Purple Cow has given me a lens with which to look at other people's games. I often will give people feedback on their games and almost always the first thing the games have me asking is, "What is remarkable about this? Why should I play it, and talk about it, when there's a thousand other games out there?"

Because, wow, the game market isn't a sea of white cows. It's a technicolor ocean of all shapes and colors. To stand out, your cow has to be a frickin' ultraviolet light.

So - here's something we can do. Put a link to the website for the game you're working on in the comments, and, in just a few sentences, tell us why it's remarkable. What makes it purple? Go! 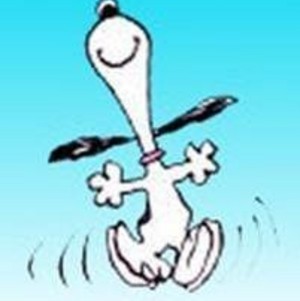 "I didn't put my Vita down for nearly two hours. It’s that damn addicting." 9/10 ShogunGamer  (Wow, I couldn't have hoped for better than that!)

"sixty second shooter Deluxe is an addicting twin-stick shooter on a time limit and another PSM game that should be added to any Vita owner's library" PSNStores.com

Ofaliss1 wasn't quite as gushing, but I like his style. "If you're into that kind of thing ... then this is right up your alley ... it is pretty entertaining."

In a nutshell: people dig it.

They do have legitimate complaints, like the game doesn't give you much reason to keep playing other than to beat your own score. I have some ideas how to fix that. (One of which is wait for PSN leaderboards & trophies to become available and implement them.) But until I do fix it, I'd say ... hey, if you haven't scored at least a million points yet, you're not really trying.

And also until then, somebody please post a highscore to the Facebook page. You can own it! King of the hill, baby! What more incentive do you need?

We have liftoff! *sixty second shooter Deluxe* has launched!

Do you have an Xperia Play, Sony Tablet, or other Playstation Mobile-certified device? Then head on over to http://www.playstation.com/psm/index_e.html to get the correct version of PSM for your device. (Sorry, support for the HTC One X isn't up and running yet. That's my phone, too, and I'm as impatient as you are.)

Do you have none of the above? Then no soup for you, you'll have to settle for the free version.

I'm super-thrilled by the response so far. "Bloody amazing" "Fantastic on Vita" "Easy to pick up and play, tight controls, lots of explosions" And last I checked it still had a 5.0 / 5.0 user rating in the store.

Oh yes! So, until PSN support becomes available, I invite everyone to post photos of your highscores to the facebook page. Yay ghetto leaderboards! (I'll get mine on their soon, promise.)