« When to assert | Main | Rage Against The State Machine: the bashable FSM antipattern »

I’ve done an official “improv” class once in my life, at a roleplaying game convention, because improv theater is popular with the circles I play in, where we focus on making up stories as we go, playing characters, and improv gives us techniques that help make that whole process work. So that’s what led me to the grand-daddy of improv books: Impro by Keith Johnstone. 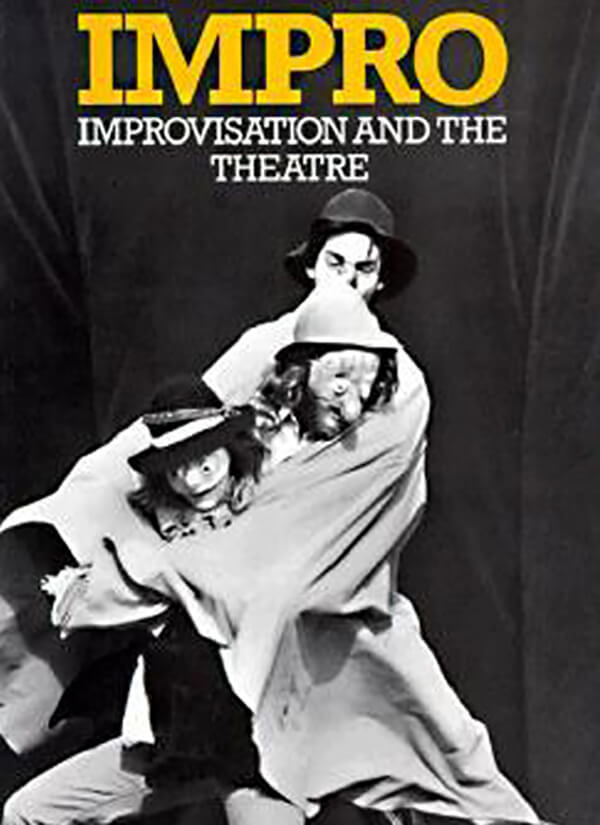 When I read the book, though, it didn’t just give me useful tactics like “yes, and…” to aid in collaboration but it changed the way I look at the world. I actually forget if “yes, and” in particular came from this book, which I read many years ago and gave away my copy of, so this “review” is going to be based on my very fuzzy memories and probably highly inaccurate, but I think Keith Johnstone himself would approve. If you want a fresher take I’ve written about it before (and forgotten I had) but I do have some more, management related, things to say about it, ten years later. That it's stuck with me this long has got to mean something!

My big takeaways from this book mostly revolved around criticism. The first big takeaway was that humans tend to engage in tiny (or not so tiny) status games. One of the improv games Johnstone suggests is one where the players play characters who are trying to play “Just above” or “Just below” the other characters’ status. For example, one player might say, “I Just finished reading Crime and Punishment.” The other player might then say, “That’s my favorite book!” A high status play – not only have they read it, they’ve read it multiple times. Or they might then say, “But I just look at the pictures.” Lowering their status.

Once I was introduced to this idea I started seeing these micro-status-games everywhere. Take your typical code review. We put up our code for review and we say we’re looking for feedback but really we hope that we’re just going to get the Looks Good To Me and be able to merge our code and move on. And then somebody tells us, “This bit concerns me, it’s pushing state from what might be a different thread. It’s hard to reason about.” There’s the status play – they’re raising themselves up a bit, showing how smart they are, and at the same time lowering us a bit, pointing out something we didn’t think of. Doesn’t mean they’re wrong (I have often been that guy), and they didn’t do it just to feel good about themselves (at least not consciously) but still the status transaction is there. Then we get defensive, tell them why we did it that way, why in this case it’s perfectly safe (maybe we know it’s not called by another thread) and more performant, try to get our status back on the same level as them. At one level it's two people debating what’s best, but at another level it’s one upping each other. (I have a bunch of tricks and techniques I sometimes use to mitigate the one upping part of code reviews … but often forget to use them. Maybe because it’s human nature to try and keep my status on par with others. Those tips and techniques might make a good blog post of its own. Stay tuned! Hopefully I’ll keep this up.)

Criticism is just one form of status play. It can be anything from telling someone where I went on vacation to mentioning how well my daughter did on her AP tests to, well, blogging. (How arrogant of me to think my opinions are worth sharing!) Reading Impro didn’t stop me from playing these micro-status-games but it made me excruciatingly aware of them. And it also made me aware of having the games played on me, whether intentionally or no—before, if somebody said something that made me feel a bit tongue-tied, I probably wouldn’t have known why, but now I can often identify it. “Ah, my status is threatened. When they gave me that unsolicited offer of help I felt inadequate at this task.”

(For more on status threats in the workplace check out David Rock’s Your Brain At Work, another one of the best management books I’ve read. And that one really mostly is a management book.)

My other takeaway from Impro was more about criticism directly. I’ve mentioned that before, as well, and not sure what to add here. I’ll just say that for the most part Johnstone was against it which came as a shock to me because I had always thought of listening to criticism as how we grow. Writing a book or making a game, to me, was a process of shitting out a first draft and then letting people give notes and acting on those notes until it’s “good.” To hear Johnstone say that critical teachers are bad teachers, that they make people fear failure, that they drive people to stop creating entirely—it both surprised me but also resonated as I looked back on my own life and realized the damage criticism had wrought. With Spider-Man 3, which I quit a year into the development of after killing the feature I most cared about—killing it was my decision, yes, but was it a good decision or did I kill it because the negative criticism, made in the spirit of improving the feature, scared me off with fear of failure?

So after reading that I flipped and became super-avoidant of both giving and taking negative criticism. I went too far the other direction, to be honest. Since then I’ve been trying to find the right compromise and am still working on it, but I default to, when in doubt, not criticizing and not asking for feedback. Which has been part of my management strategy previously but I've ramped it up. I have more to say on that topic too – but that will have to wait for another post.

On that note – have any feedback on this article for me?

I think constructive criticism aids the creative process. It may be unpleasant to hear, but if it comes from someone who truly has your best interest at heart it’s good to hear them out, listen to there concerns, etc.
But as a creator you get to gather all that data and have the final say. The final decision is yours to make, like you did on Spider-Man 3. It’s been said that the truth hurts and the truth will set you free, those things can be, but are often not mutually exclusive.
Keep blogging - proud of you.

Interesting take on criticism. I've often thought criticism is not constructive in any form. Some people even go so far that unsolicited advice is criticism. Maybe for some it feels that way.