Working on the Steam, Playstation Vita, and Playstation 4 versions at the same time has an obvious effect: it slows me down. Looking at my handy schedule it looks like my next update will be done mid-October, and will mostly involve better running, both on the ground and on walls. 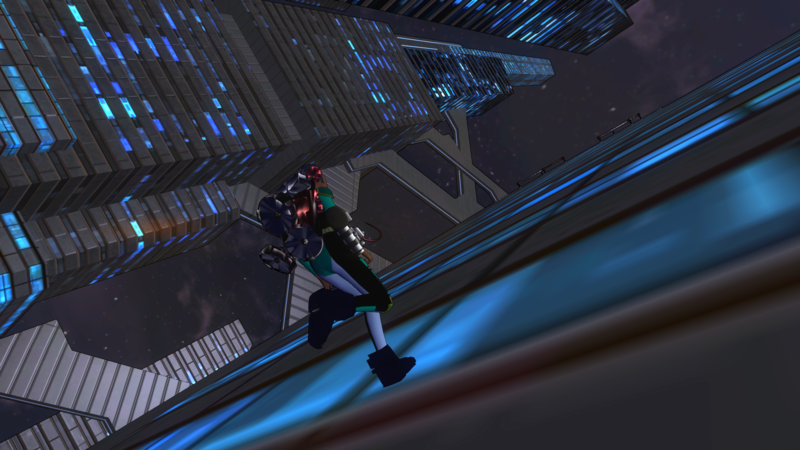 The way I see it, running on walls is to Energy Hook as grinding a rail is to Tony Hawk - I imagine players mixing the swinging and wall-running and I often play with the wallrun button held down most of the time much as I used to hold the grind button in TH. But I've noticed most of my players and youtubers aren't doing that.

So, next update: easier wallrunning, more walls to wallrun on, race challenges that *require* wallrunning, and ... hey, while I'm at it, I'm making running on the ground better too. You won't drive like a truck so much anymore.

Also, because of the Playstation versions, I've been dragged kicking-and-screaming into supporting Unity 5. On the bright side, this means better framerate! More solid physics! And hopefully less crashing. (Those crash bugs are them, not me, I swear.)

See you in mid-October with the goodies!