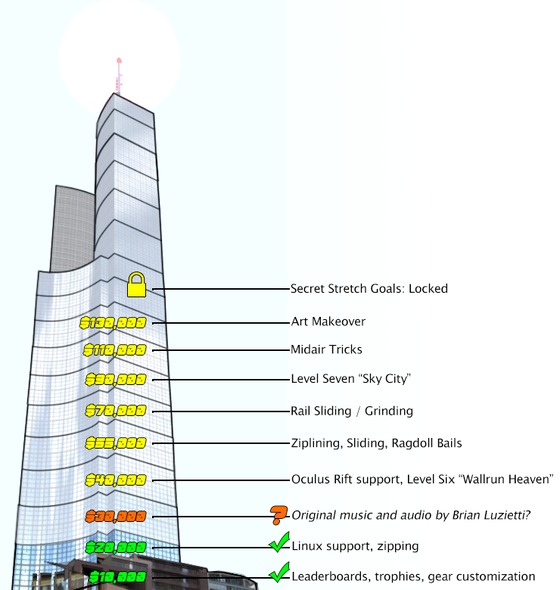 This means Linux support is happening, along with the new zipping and retracting / extending features of the energy line. If you've been holding off because you wanted to make sure Linux support was in there, you're good to go.

Next up, at $30K: a human stretch goal: Brian Luzietti, composer and sound effects guy extraordinaire!

Brian has worked on an insane number of games, many of which I bet you've played. (And if you want to chill out to some of his previous tracks in anticipation, it looks like a lot of them are illegally available here.)

If we make this stretch goal, everyone who has backed at the Beta level and up will also get access to the soundtrack.

We've worked closely together before on Schizoid and a secret Microsoft project that was sadly cancelled, and I'll be overjoyed to work with him again.

We're pretty confident we're going to hit this stretch goal, so Brian has already started working on it.

A Decision on DRM

A lot of people want to know: hey, if you get on Steam, will there still be a DRM-free version?

I've thought about it and decided the answer is Yes! I don't know if it'll be through GoG or direct from my website (probably using the Humble Store), but if you want a DRM-free binary you'll be able to get it. Use it wisely.