« Notes on Thomas Was Alone: Pretty Information and Story | Main | David Gallant Won't Be Getting That Call Every Day Anymore »

It's programmer art time! Check out these "augmented reality" elements on the HUD in Energy Hook - (the idea that you have AR challenges is inspired, of course, by Arkham City. Hey, everything's remix, right?)

Paul's busy modeling buildings and I didn't want to distract him from that, but I also wanted the UI to look passable, but I didn't want to spend money, so I decided not to go with these and see if I could make my own. After Googling around I found a video on how to make hud elements with Gimp, where the comment said, "Wouldn't Inkscape be better?" So I decided to try Inkscape. It took a bit to get Inkscape running on my Mac, because it uses X11, so I had to install XQuartz and the key step I missed was restarting the machine.

A few hours of tutorial and experimentation later, (and touching up in Gimp) I had this: 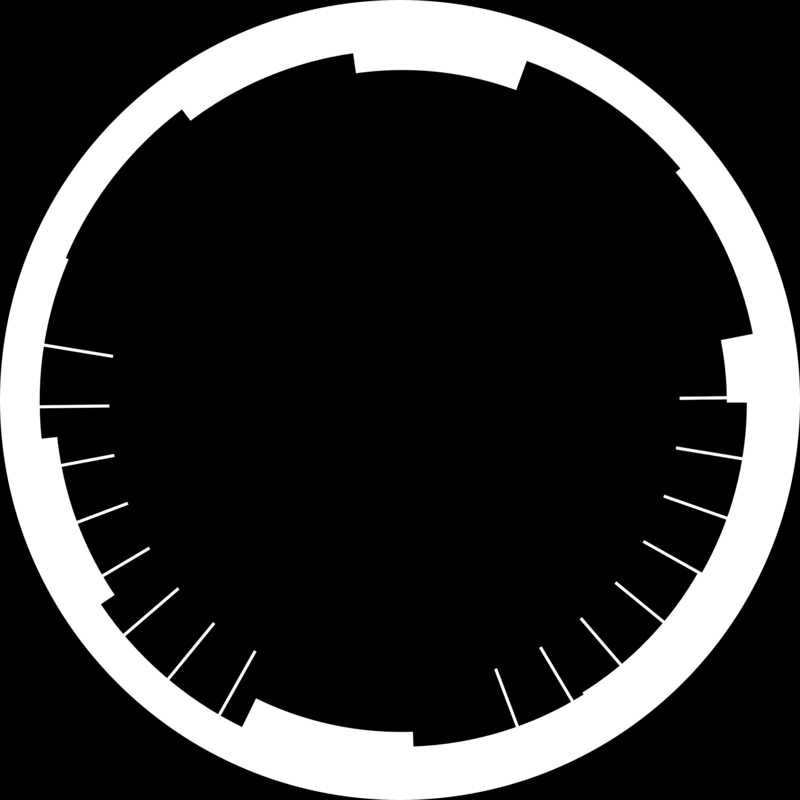 So what is that?

That uses Inkscape's Tiled Clone feature. There's a more thorough description here, but by setting the offsets so the tiles stay in the same place and you only change rotation, you can make all sorts of gauges and whatnot. The hash lines are 2 "rows" of 8 "columns" of a line segment, rotated 120 per row and 10 per column. The wedges are a circle segment rotated and randomly scaled (if Scale X and Scale Y match it seems to be smart enough to scale each wedge the same amount by the same random factor.)

Had to touch it up a bit in Gimp - then in Unity mapped it onto a cylinder, used the Particles/Additive shader, and put a glow on the whole thing.

Programmer art's all right with me.

Posted at 11:56 AM in Energy Hook, I heart Unity, Programmer Art | Permalink

That's pretty cool. I like the majestic leap at the end, landing on the building. I wonder if it'd be good to get bonus points for making that leap and hitting a smallish landing zone.