Mistakes To Avoid When Going From Corporate To Indie: Hubris Edition

I thought I was pretty awesome after Spider-Man 2. Thought I could do anything. And there I was on a team with other Spider-Man 2 vets and none other than Richard Garfield of Magic: The Gathering fame, making Schizoid. How could we possibly fail? So much awesome in one team!

Well, one of the reasons we could fail was because our team size was too big, but I've discussed that already.

Another reason was pure hubris. We thought we knew better than our players.

I've been a believer in playtesting for decades - you watch the playtests and you figure out what went wrong and you fix it. And we did quite a lot of playtesting with Schizoid. The problem was we ignored a lot of the results. People would have valid responses - specific feedback - "Feels like your ship moves too slow" or "I hate these star shaped enemies! HATE THEM!" 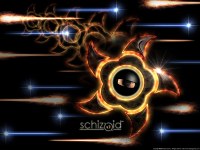 (These two criticisms were actually closely related, IMO. Your avatar moves pretty fast in Schizoid, if you're talking 'how long does it take to get from one side of the level to the other' or 'how many character-lengths do you travel per second' but often they didn't feel fast when you had a skulk (our name for the star-shaped enemies) bearing down on you.)

And we would say, "Well, they just don't *get* it. The skulks are supposed to be almost as fast as you, because that's what forces you to work together with the other player, and use strategies x, y, and z. Why, the skulks are practically the heart of the game!"

And - this is related to team size - all it takes is one or two people who are resistant to change to convince the others that, yes, our way was the right way.

So we shipped the game our way and, strangely enough, the reviewers and players had the same complaints as the playtesters. Huh. Go figure.

So, here's something I try to remember when I'm getting feedback, even if I think it's wrong. And this is true not only of games but any creative endeavor - that feedback I'm getting? That's the player's reaction. Maybe they don't "get it" - maybe they're "wrong" - but somehow my game has elicited this reaction in them. And if I'm not going to fix it, I'm going to have to somehow change the game so they "get it". Because once we ship, reviewers and players are going to have the same reaction. (Side note: on platforms where it's easy to do updates it might be okay to learn these lessons after you ship...)

For example, in Schizoid, maybe an intermediate enemy, a sort of immature skulk, that would gently introduce the player to skulk-fighting, would have helped.

So, I've convinced you of the importance of feedback. Another question is how do you get it, beyond playtesting. Sometimes it's hard to get negative criticism. (Sometimes it's as easy as posting a trailer to YouTube.) People want to be nice, and they damn you with faint praise.

One little trick I've found helps? Mention how someone else doesn't like something. "A friend of mine said this was crap but he wouldn't tell me why. I don't know. What do you think?" When I do that, people start 'guessing' why the other person didn't like it - and their guesses are, of course, what they didn't like but were too nice to tell me.

Then there's the final problem that negative feedback hurts. I've never been great at taking critical feedback. It's something I've had to do for decades in various venues, whether it was creative writing workshops or bug reports or reviews of my games or what. And always, I feel it right in my chest, though I usually put on a brave face, take out my pencil, write it down, and, if necessary - ask if they can be more specific. (And then snap at my family later for no reason.)

Here are some things we can do to process critical feedback (which I forget to do all too often):

So, speaking of feedback, I could use some feedback on this: I just prettied up the Happion Labs / Energy Hook Facebook page yesterday, and intend to maintain it more actively, and have the occasional giveaway. Now, I can't help but notice that most of you haven't bothered to Like it. Hundreds of you visit the blog every day, and the candylike button is right there, and yet only sixty-something of you have actually clicked on it. So - why not?

And, for bonus points, what are some of your techniques for dealing with feedback?

Posted at 09:18 PM in Happiness, Manager In A Strange Land, Schizoid | Permalink

OK, a friend of mine said he isn't a big fan of the logo ;) He said it doesn't quite fit the look of the game itself.

The game is all cool and cel-shaded, yet the logo looks a bit wishy-washy, and doesn't really have a solid outline, and doesn't feel very "strong".

Same friend said he really likes the look of the game in general though!

Good advice. I find it hard to take criticism as well, and always have to remind myself of the above.

Also on user testing.... it's so easy to fall into that "well, they didn't like it because X" (whether X is that they don't get it, they are not the target user, there is one bug that is distracting them, we don't have the final graphics yet) etc etc. And sometimes.. it's true; user testing (I don't know about play testing) CAN be very artificial, and sometimes the feedback isn't relevant. But it's so important to pay attention, even if you don't end up using it all.