Indie Game: The Movie and How To Be A Happy Game Developer 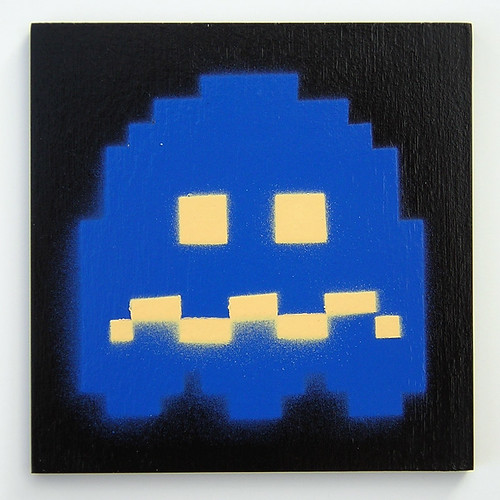 Finally saw Indie Game: The Movie last week and a recurring theme for all the indie developers they followed around seemed to be that they were depressed. In fact, the only one who seemed moderately cheerful actually seemed to be Edmund McMillen, which frickin' surprised me because he made Aether.

Maybe this was just a choice of the filmmakers, only showing the developers in their sad and vulnerable moments, and really everyone filmed was a lot more balanced ... or maybe making games is not as fun as most people think.

This is probably true for most Making of Art. Or anytime anyone does anything off the beaten path. You're filled with self doubt and insecure about your financial situation and think to yourself "Once I've Made It then I'll be happy" and then you Make It and you're happy for a little bit but then you're back to yourself again.

I don't know Phil Fish, but I'm willing to bet that he didn't suddenly become happy once Fez was out.

Even Jonathan Blow said that after Braid shipped and he saw the (awesome) reviews he got depressed because the reviewers didn't Get what he was going for. (I'm paraphrasing a bit there.) One of the most succesful indie games ever - and he was depressed! So that's a reminder. If you're killing yourself, making yourself miserable, to make a hit game, don't think that once it's a hit you'll be happy. Studies have shown people tend to return to their baseline levels of happiness, even after massively fortunate events occur, such as winning the lottery.

So. Step One: Be Happy. Step Two: Make Games. (For As Long As We Can Afford To.) That's been my mission statement lately.

But how can we just "Be Happy"? (Particularly after one of our games flops?) Happion Laboratories, studying happiness-in-game-development since 2012, endorses these books, which describe the process, and studies have shown they work:

Something in particular I'd like to call out is perfectionism. Something that was pretty clear about watching Phil Fish in Indie Game was that he suffered from perfectionism, which was one of the reasons Fez was so long in the making. They even showed some before and after pixel art and although the 'after' art was clearly better, it wasn't, say, twice as good, and I had to wonder, if I had played Fez with the 'before' art, wouldn't I still have been delighted? (Okay, so XBLA launch, which means once you ship it it's trapped in amber, so I totally understand polishing every last pixel to a fine gloss. But I still wonder.)

If you've been watching my Energy Hook trailers you know I haven't been suffering from perfectionism lately. (Like my little marketing trick there? I've turned the topic back to my product.) Even though I've been doing the 'art' because Paul's too busy, I'm still flopping it out for the world to see, every time hoping nobody will be too critical. Some people actually seem to like it the way it is; others realize the Real Art isn't in yet; and for the most part every new thing I deliver seems to garner more praise...this latest bit seems to have a few people really excited:

All in all I gotta say - not being perfectionistic has been perfectly fine so far. But you may ask, "Okay, Jamie, that sounds great, but how do I just stop being a perfectionist?" Well, Feeling Good has a few techniques for fighting perfectionism when it rears its ugly head, and I also had a post about it here.

I agree entirely with you about being perfect. Or rather not being. As game designers, programmers, artists we can get stuck sometimes trying to be perfect when our definition of perfect is way higher than the average gamer.

Your example of Phil re-doing the art multiple times and to the eye it not looking a ton better is a classic example.

Yes some platforms are harder to upgrade to, but imagine if he released the game in year 2, he might have been able to have the sequel done in the time it took to create the original.

I really did enjoy the movie though :) Makes me glad to be in the industry.

if i knew how to be happy why would i make
games?