Trying Out Some New Tech

So I might put Energy Hook on the back-burner for this opportunity - Playstation Suite studio. New platforms and portals that have a shot at doing decently don’t come around every day (they do seem to come around almost every year, though, don’t they?  Recently we had Windows Phone; before that Android; before that XBLIG; and so on.) The problem is usually by the time you catch wind of a new portal or platform you’re head-down over some project that you’re expected to deliver. Nobody really suffers by me delaying Energy Hook except me, so it’s a good time to check this stuff out.
So what’s so great about a new portal? You can get your game noticed. It’s one of the best kinds of marketing you can have. Would Geometry Wars have been such a hit if it wasn’t a launch title for XBLA? (My Xbox360 was pretty much a Geometry Wars server at first.) Would Triple Town have been such a hit if it wasn’t one of the few top games on the Kindle? The retail launch titles for consoles get the same boost.
Even if the new platform or portal does mediocre, you can still do well with a launch title. The first few titles on XBLIG did … okay.
I’ve never done a launch title. We tried with Draconus for the Dreamcast, but missed by six months. And I’ve never really had the opportunity since. I’ve done some firsts - first XNA game for XBLA, first 3D native client game - but those were more technological firsts, they made certain things possible for me, but when my games launched they were still hidden by all the clutter of a portal that had gotten crowded.
It never rains but pours - we’ve got (at least) two new portals coming our way soon. There’s not just PSS but also we have the Windows Store. Microsoft has been promising us a store since forever - finally we’re getting one, circa October.
So, wow, which way do I jump? (Or do I just keep working on Energy Hook?)
Well, I’m going to take a look at PSS first. Where do I begin? Finding docs online isn’t as easy as it was with XNA - good thing someone else has already blazed a trail: http://www.gamefromscratch.com/post/2012/04/22/A-look-around-PlayStation-Suite-tools-and-SDK.aspx
So, there’s a bunch of samples that would have taken months to build fifteen years ago - but probably took them days. Hmm, what’s the connectivity story? I wasn’t seeing it - oh! There it is - the network samples. Both http and socket. Good, leaderboards are doable but not a lot of support there - seems like there’s no unified social layer, no connection to your PSN account or the like - yet. Apparently that’s coming. But rolling my own leaderboards for sixty second shooter took less time than supporting XBox’s leaderboards for Schizoid or Bejeweled Blitz - so I’m almost relieved!  Hmm, I’d want a virtual keyboard though, for entering names and/or emails into a leaderboard...  and I’m not seeing one in the ‘UI Composer’. So that looks like something I might have to build myself, which seems silly because don’t all these devices have them built in?
Well, might as well make a quick game for it. It’s 3PM and Zara’s napping, let’s see what I can do.
Hmm, weird, the developer portal’s down. Maybe that’s because they announced something today at E3 and they’re slammed?
Lately I’ve been organizing my game projects by what platform they’re for. So I’ve got a directory of NaCl projects, a directory of html projects, a directory of unity projects, and now a directory of pss projects.
Let’s call this one ‘sixty second stacker’ - because sixty second shooter was really cool, but maybe not mass-market enough. What could be more mass-market than stacking tetronimos? And as far as I know, nobody’s done one in a micro-session one-minute time limit style yet.
(And if you steal that idea from me now, well, consider the name sixty second stacker trademarked, beatch, though I’ve really got no way in hell to protect the idea.)
Ok, 3:06 PM and I’ve now got a ‘game’ that just shows a black screen. Let’s check that into Mercurial, because I’m really bad at remembering to do that. No doubt that’s the last time I’ll remember. Ok, that took 5 minutes.
Now we need to render some squares. Working my way through the help document, changing some stuff around to suit my taste (and hoping that won’t break everything and leave me stranded.) Had some trouble building - because I left the previous run open - had to exit out of studio and go back in.
Let’s check out the debugger, since I’m still a disciple of Steve Maguire and like to step through almost every line of code I write after I write it. The debugger works! My code, not so much, because I changed some stuff around. Okay, let’s make mine more like theirs. 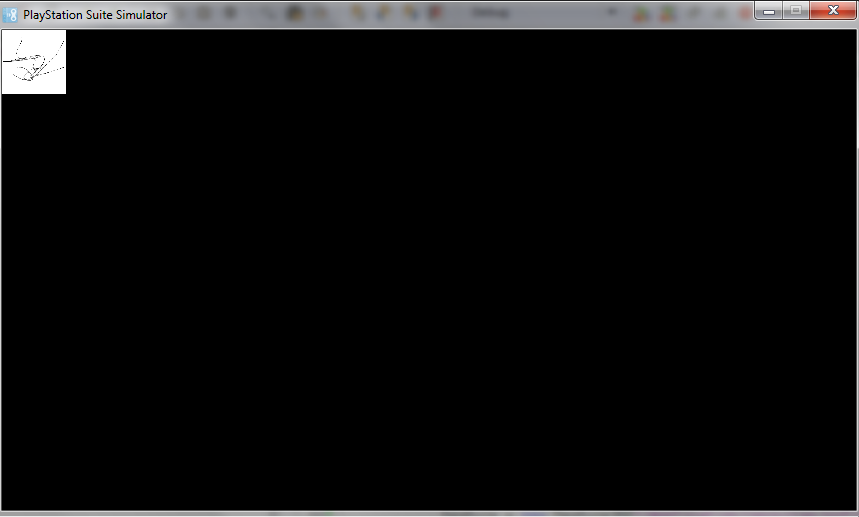