sixty second shooter is totally going to be in the upcoming #BecauseWeMay promotion.

So they've chosen to use Unity to power Wasteland 2. Their announcement actually has a sort of defensive air about it - http://www.kickstarter.com/projects/inxile/wasteland-2/posts/228226 - like they're expecting people to complain. Me, I think Unity is the obvious choice - if I was on the project it would be my first choice too.

But for a somewhat ineffable reason: happy workers are more productive. Working with Unity is such a pleasure it makes me happy just to use it. I get to code in C#, for one thing. And if I want to know how to do something I don't know how to do, usually a quick google search such as "Unity environment maps" gets me the answer I'm looking for and bam! I can make it happen. And it's not lacking in power - I've done tests where I've had hundreds of flocking AI's running at 60. 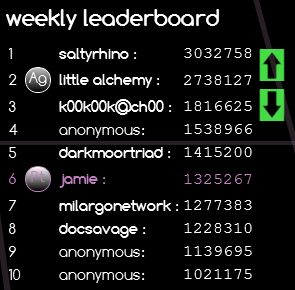 Contrived Story To Go With Your Gameplay?

So I'm playing Arkham City and really enjoying it.

It reminds me of a conversation Mark Nau and I had in the early days of Spidey 3.  I was throwing out ideas for how we could take our highly 'gamey' challenges - the trick markers - and make them part of the story. I forget what the ideas were exactly, something along the lines of Dennis Hopper in Speed giving you various challenges or he's going to blow someone up. Contrived. Transparent.

Mark said if the game is going to have these really gamey bits he'd rather just have them be gamey. So the trick markers stayed pretty much the same as Spidey 2.

Arkham City, on the other hand, weaves them in. Frex, it has the "Augmented Reality Training" where the tricks you do are theoretically pre-progrmamed missions batman created to practice; and the Szasz telephone missions, which are pure races from one point of the city to another. Part of me recognizes these things as contrived and transparent; the other part of me appreciates the immersion.

What do you think?