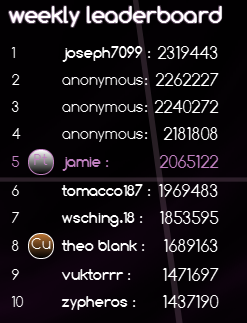 Martin's comment on an old post reminded me that I really ought to come clean. I said in that post that I was going to stick with TDD despite its unclear benefits. I didn't. Our Bejeweled Blitz: Live contract came along, and the other programers weren't into TDD - I put some tests on a few bits here and there but that was pretty much it.

So I was pretty much broken, and with sixty second shooter I didn't even bother. I just wanted to get that game done as fast as possible and was willing to do a half assed job. (BTW, I slaughtered a sacred cow there: it's generally true in our industry that polish is king and that a great, late game will do better than a game that's on time but not-fully-baked. But Farmville shows it's at least possible to ship a half-baked game and make it better afterwards.)

With both those games, by the way, I'm pretty pleased with the non-bugginess. It's hard to really tell with sixty second shooter since I didn't hire a QA team or anything, but one interesting way to tell your game doesn't have a lot of bugs is if everybody is reporting the same ones. It's a much smaller game than Schizoid or Bejeweled Blitz, but the bugs-per-capita seem great.

What I chalk that up to is not TDD but being a better programmer. Maybe not quite as sharp (Guys my age start losing their edge at chess, etc, and having kids and cats wake you up in the middle of the night almost every night doesn't help) but I'm almost religiously not cacheing state in my code these days and there's just a lot less room for bugs to creep in.

Posted at 09:48 AM in Stupid Programming Tricks | Permalink | Comments (2)

If your machine can handle it, if it doesn't take your framerate too low, I highly recommend turning Glow+Blur on (in the Options) and playing fullscreen (press F11 in Windows) because it's awesome.

Though it turns out that up until today it didn't work.

I discovered this crash bug by myself, accidentally - when you have glow & blur on, and you resize the window, it would crash. Apparently that bug has been in there since the beginning of time, which means probably nobody was playing with Glow+Blur *and* fullscreen.

I thought it might be some kind of OpenGL fragmentation - maybe reallocating the buffers for the different sized window was using up memory. But no, it was me being stupid: I was deleting the same texture pointers twice.

I've played several sessions of Monsterhearts and love it.

You might be tempted to dismiss it as a Twilight pastiche but you'd be missing out - it's way darker and serious than Twilight - or at least it was whenever I've played it. For me, the TV show it comes closest to is Being Human. But a neat thing about it is depending on the character classes the players pick, you're going to get a different show. If somebody picks the Mortal - sure, it could end up a bit like Twilight or Vampire Diaries. (It could also end up like Let The Right One In.) But if you have Ghost, Werewolf, and Vampire? Being Human. Have a Chosen in there? Buffy. Or, most likely, a weird combination that's something completely new.

You might notice that there's sex in it and maybe you think that's a little creepy, but you'd be missing out. Hey, you don't have to engage with the sex rules if you don't want. Or you can keep it all PG rated: "We go in the other room and do it." No need to go this far (in fact, please don't if I'm playing with you.) And hey - it fits the genre. There's sex in Buffy and True Blood and Vampire Diaries and Being Human.

In the games I've played and run of Monsterhearts, innocents and not-so-innocents were seduced, names were called, hearts were broken, bullies were killed and returned from the dead (with demonic baggage), a ghost took a day trip to the earth's mantle so he could melt an amulet forged by Hephaestos, a church was blown up, demons were slain, policemen were addicted to experimental drugs, and a witch got her visions from a memory house - but her mother was in every room.

This is what Vampire: The Masquearde and all those World of Darkness games should have been.

So preorder it. Because I signed up for the "Joe runs two sessions for me" perk and want to collect. 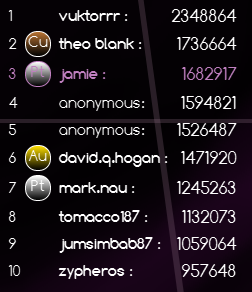 (That's a new personal best for me, too.)

Other good news - sixty second shooter has broken over 5000 installs in the Chrome Web Store, and thanks to its super-high rating (4.94 stars) it's on the third page of the store ... if you sort by Rating. So I'm happy about that.

Did I mention I'm teaching at DigiPen now?

I'm teaching a class this semester, a "Technology for Designers" class - it's a survey of various technological topics (graphics, AI, physics, etc) to give them a good overview on topics they might not go into too much detail with in the rest of their curriculum.

A lot of smart people in that class - they've already taught me some stuff, including some cool Excel tricks.

Already more work than I expected, but seems like it might be a good way to bring in a little extra cash while I continue to foolishly pursue the white whale of indie game development.

Or maybe it's the worst of both worlds: not making enough to support the family, and at the same time taking time away from my indie game development. Hmm....

Whatever. Teaching seems to run in my family, so giving this a shot.

Looks like it was Theo Blank for the win last week, with 1723987 points. New world champion!

Couple friends told me that I could do a better job on the framerate of the sixty second shooter trailer. I thought it wasn't really solveable - a browser game has some issues: FRAPS won't record a browser game and Bandicam seemed just kinda slow.

BUT, these three things helped a lot:

Can't resist throwing out my 2 cents.

There's a new edition of D&D coming and they claim they're going to 'listen to the people' this time - which makes for a nice PR story, but how true is it? How true can it be, really? There's already thousands of posts on their forums ranging from 'I want the rules to be a lot simpler, please' to 'I think it needs a character point-buy system like GURPS' and I can't imagine how you'd reconcile that.

A move like this doesn't open the game up to new customers. (D&D4e was actually a pretty good stab at doing that - too bad they lost so many of the old guard in the process.) This, trying to bring the old customers who have migrated away, risks Grognard Capture - Greg Costikyan's term for appealing only to the hardcore. When you listen to your fans they tend to want more stuff and that accretion of stuff makes the game more complex and alienates new players.

Me, even back in the days of AD&D, I was driven to The Fantasy Trip because of AD&D's overcomplication. I've come back to it, sometimes for years, only to be driven away again - the long waits between turns as other players weigh tactical options, as the GM takes their turn moving the monsters, the slow pace of 'story' - you're lucky to get through one or two action sequences in a given night - and why I've been playing the indie games (Apocalypse World, Fiasco, Shock, Geiger Counter and recently Monsterhearts and Psi*Run) I've been in love with lately. If D&D came in a rules-lite edition that had no battle map - so the action is all in our heads - like the Basic D&D of my youth - and required little-to-no preparation, like Lady Blackbird or Dungeon World - maybe they could bring me back to try it again ... but maybe not. I'm kind of done with dungeon crawls, period - the promise of D&D for me was always "make a story as you play" and "a bunch of heroes went into a dungeon and overcame some trouble and got the mcguffin and got out" is never much of a story.

Still, supposing WotC does listen to guys like me, and gives me that pick-up-and-play collaborative-story no-tactical-combat (no-dungeon-crawling?) Rules Lite edition, but they also have modular bolt-on rules sets so the grognards can have their kind of fun...  enter your Tyranny of Choice. "Which one should *I* play? What's the D&D that's right for me?" And the kind of paralysis I feel walking into a Coldstone (WoTC may end up having to do a 'popular flavors' list, like Coldstone has on the wall, where they recommend certain combinations of rules for certain players) is compounded - because I need to find other players willing to play with the same combination of rules as me. Not to mention, what if, after all that, there are still 3.5 and OD&D and Red Box D&D purists?

And ... those risks are why it's kind of exciting to watch. So I signed up to see what's gonna happen. http://www.wizards.com/dnd/Article.aspx?x=dnd/4ll/20120109 Hell, if they pull it off, it'll be nice to be able to tell strangers that one of my hobbies is "playing D&D" instead of having to say the more elaborate "I play tabletop role-playing games, y'know, like D&D? Except different?"